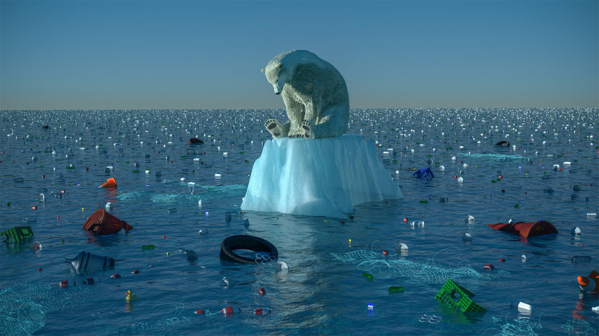 Climate is the usual weather of a place. Climate can be different for different seasons and places. There’s also Earth’s climate. Which you get when you combine all the climates around the world together.

Some effects are already happening. Warming of Earth’s climate has caused some snow and ice to melt. The warming also has caused oceans to rise. And it has changed the timing of when certain plants grow.

What is causing earth’s climate to change?

Many things can cause climate to change. Earth’s distance from the sun can change. The sun can send out more or less energy. Oceans can change. When a volcano erupts, it can change our climate.

Most scientists say that humans can change climate too. People drive cars. People heat and cool their houses. One way we get energy is by burning coal, oil and gas. Burning these things puts gases into the air. The gases cause the air to heat up. It can change Earth’s climate.

Scientists think that Earth’s temperature will keep going up for the next 100 years. This would cause more snow and ice to melt. Oceans would rise higher. Some places would get hotter.

How does NASA study climate change?

Some NASA satellites look at Earth’s land, air, water and ice. Other tools look at the sun and the energy it sends out. Together, these are important for learning about Earth’s climate. It helps scientists learn how climate might change.

What can you do to help?

Scientists think we can do things to stop the climate from changing as much. You can help by using less energy and water. Turn off lights and TVs when you leave a room. Turn off the water when brushing your teeth.

You also can help by planting trees.

We think human beings are destroying the planet with their actions and inventions which are harmful to the planet, but these inventions improve the quality of life of human beings. But as our research shows, certain things like Earth’s distance from the sun and solar flares that cause climate change, cannot be controlled by us. It is just the nature of our planet.