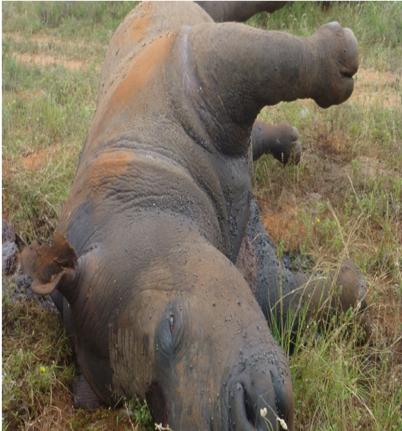 Rhinoceros poaching is still at crisis levels, according to the South African government.

What is rhino poaching?

Rhino poaching is when a rhino is killed illegally by poachers

Why are the rhinos being poached?

Rhinos are poached for their horns, believed to have special qualities for sexual prowess by ignorant Eastern cultures. Rhino poaching has escalated in recent years and is being driven by the demand for rhino horn in Asian countries, particularly Viet Nam.

Rhino horn is used in Traditional Chinese Medicine, but increasingly common is its use as a status symbol to display success and wealth.

How can we stop rhino poaching?

Rhino poaching is an illegal and horrendous practice. Poachers and buyers do not respect nature, the environment and the very special animals sharing the planet with us. Poached rhinos die horrible deaths, slowly succumbing to terrible wounds when their horns are cut out of the flesh with pangas.

Why? Because of ignorant, cruel men with much more money than brains.