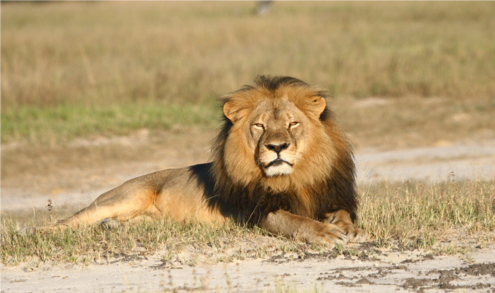 Cecil was a lion who lived primarily in the Hwange National Park in Matabeleland, North Zimbabwe. He was a major attraction for the park  and was well known around the world for his exquisite mane and imposing looks.

Cecil was studied and tracked by a research team of the University of Oxford as part of a long-term study.

During June 2015, Dr. Walter J. Palmer, an American dentist and recreational game hunter from Minnesota, reportedly paid US$50,000 to a professional hunter-guide, Theo Bronkhorst, to find him a lion to kill.

In the late afternoon of 1 July, Palmer shot and wounded Cecil with an arrow. The hunters tracked the wounded lion and killed him with a second arrow the next morning at a location less than 250 metres from the initial shot. The hunt took place outside Hwange National Park, a protected area, but within the lion’s normal range. Cecil’s body was then skinned and his head removed. When the lion’s headless skeleton was found by park investigators, his tracking collar was missing.

The worldwide uproar that followed led to drastic measures and Palmer had to go into hiding. In my view, it is unacceptable that in the 21st century a protected and endangered animal should be killed in this way 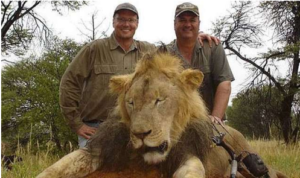