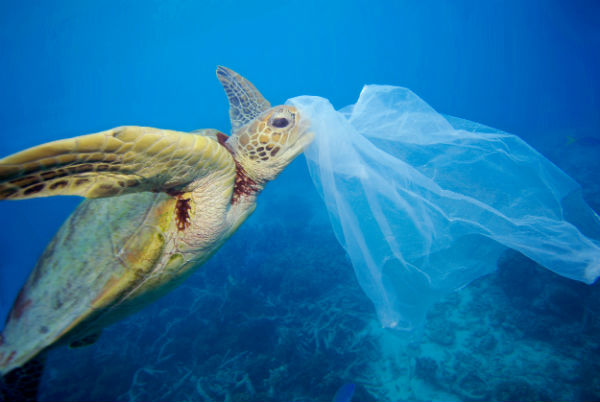 The Pacific Ocean garbage patch developed as a result of the accummulation of plastic in the North Pacific Ocean. It is literally an island of plastic rubbish dumped into the ocean.

Every day, all over the world, over 2 million tonnes of plastic are dumped into rivers. Between California and Hawaii there has formed the Great Pacific Garbage Patch, consisting of about 79000 tonnes  of plastic.

This floating  Pacific Plastic Island is a large island of trash. It is estimated that by 2050 the weight of plastic in the ocean will be more than that of the water, and that 99% of marine birds  will have died from swallowing so much plastic.

When we throw away rubbish it slowly finds its way  into the sea. Criminal governments dump rubbish into the oceans, and this is the main cause of all the plastic in the oceans.

Ocean garbage is  not limited to the surface of the ocean, it is also found in deep caverns in the sea, where it breaks down over time into micro particles. These particles have now found its way into our food chain.

Plastic destroys  the ocean in two ways: animals either swallow it or are trapped in it and suffocate.

We have to take care of  our enviroment and our oceans, and we need to recycle plastic and other materials to stop the disaster of what is happening to our oceans due to our reckless behaviour.