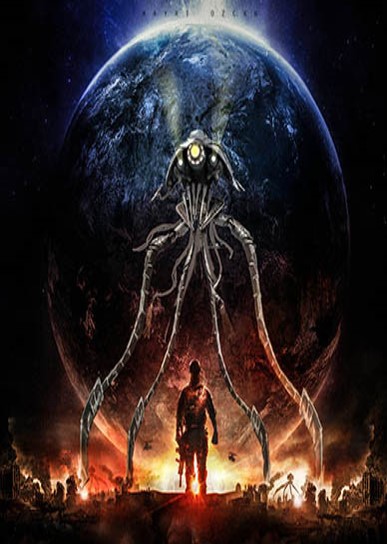 The poster advertising the movie

Science fiction, Action and Horror ( 2013): This movie is about Aliens from Mars who  attack  Planet Earth.

The humans initially are terrified of the invaders but soon they are provoked into war  to defend themselves.

We recommend this movie because it is interesting and the special effects seem very real.

The end is not what you  may expect!!!