Biographical Film, 2018 “Bohemian Rhapsody” is about Freddie Mercury, the lead singer of the rock band Queen. It tells the story of Freddie’s life from before he joins the band. The film is set in England and starts in 1970. The movie ends in 1985 in London at the original Wembley Stadium where Queen was […] 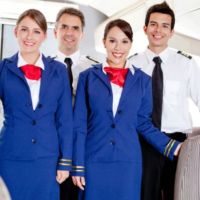 Author: Alessia Selis This is my last year of high school and I have very clear ideas about what I want to do in the future. After graduating in languages I am going to do a course to become a flight attendant; but I realize this job isn’t as everyone thinks. There are many professions […]

Authors: Harjot Kauldhar & Jaskaran Kauldhar When we were 8 and 10 years old we came to Amelia, which is a small and quiet town in Italy. In the beginning we didn’t understand anything about the culture; for example, we didn’t even speak Italian. But as of today we have been here for 8 years […]