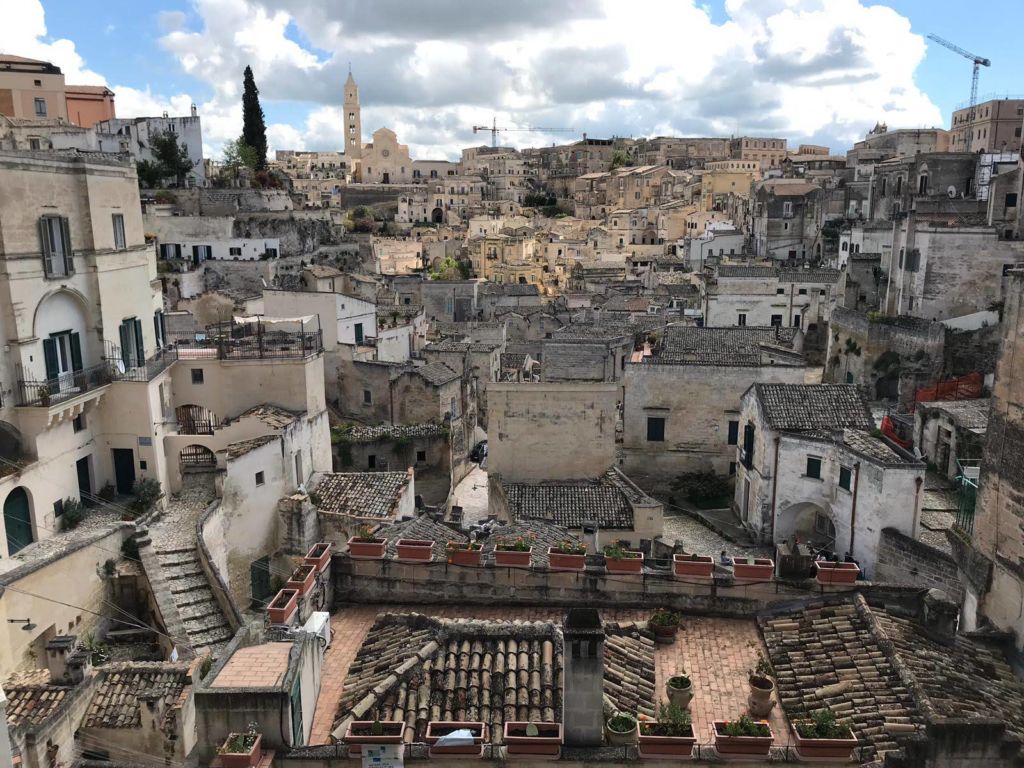 This year for our school trip we went 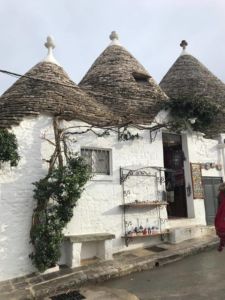 to Matera. This city was chosen because it has been named the European capital of culture for 2019. In fact, Matera has changed from being a very poor city to a developed one thanks to tourism and investments by the government. When we arrived at the hotel in Alberobello, we went to our rooms to leave our luggage. After that, we went to Castel del Monte and visited the castle of Federico II, the same castle that is depicted on the one cent Euro coin. The second day, we visited the city of Alberobello, famous and unique for the trulli; these structures were used in medieval times, and even today as houses. There was also a trullo that functioned as a church. They are very small and have a conical rooftop and a circular base. The diffusion of trulli occurred because they were built without mortar and could be quickly destroyed when the sheriff came to collect the property taxes which the nobles didn’t want to pay to the Kingdom of Naples. The third day we went to Matera, the most ancient city in all of Europe. In fact the houses are sculpted into the mountains and date back to prehistory; they have been uninhabitable since 1952. This school trip was very fun; it was pretty interesting to visit Matera and the neighboring towns.