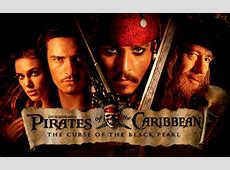 This story follows the pirate Jack Sparrow and Will Turner, a blacksmith, as they rescue the kidnapped Elizabeth Swann (daughter of Governor Swann) from the cursed crew of the Black Pearl. The pirate ship is captained by Hector Barbossa who, together with the crew, become undead skeletons at night. It came out in 2003 and Johnny Depp, Orlando Bloom and Keira Knightley star in the film.

The main role of Jack Sparrow, played by Johnny Depp, is our favourite character because he is cheeky, sarcastic and often drunk.

I think this is an ideal film for people who like fantasy and action films (but who also enjoy a good laugh!).

Really good. A Must See!