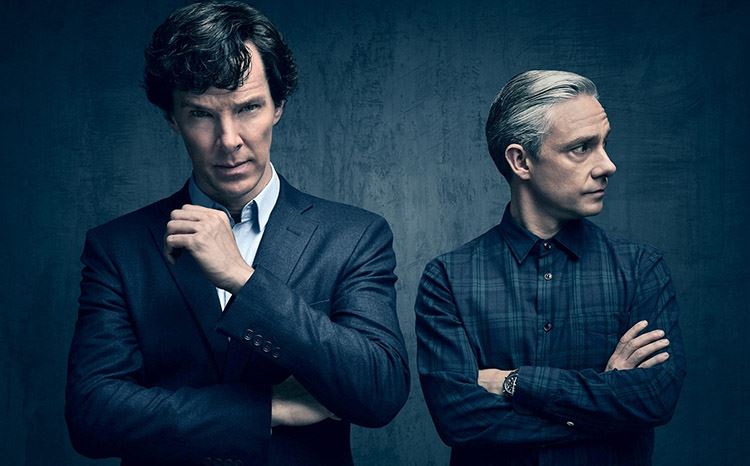 Sherlock is about a “consultant-detective” that solves various mysteries in modern-day London. He’s assisted by Dr. John Watson, an ex soldier. The TV program is based on Arthur Conan Doyle’s books which were developed into a series which ran for 4 seasons; each season is comprised of few episodes, but each one can be quite long. In fact, every episode is like a short film.

We love the acting of the main characters, Benedict Cumberbatch, who stars as Sherlock Holmes, and Martin Freeman, who plays the role of Watson. Our favourite character is obviously Sherlock for his intelligence and crime solving skills. Even if he seems like a cold person, he loves Watson and all of his friends.

We think that this TV series is very interesting and all the actors are very professional. It is very well-made and is ideal for people who love mysteries and Benedict Cumberbatch’s eyes!!